Noam Chomsky, the distinguished American philosopher, political activist and professor emeritus of linguistics at the Massachusetts Institute of Technology (MIT), has compiled a list of the ten most powerful and efficacious strategies used by “masters of the world” to establish a manipulation of the population through the media.

The strategies are so well-elaborated that even the countries with the best educational systems, succumb to the power and terror of those mafias. Many things are reported in the news but few are explained. 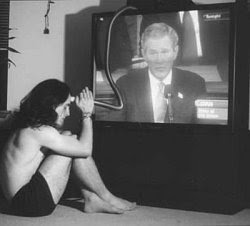 The journalistic tendency to balance stories with two opposing views leads to a tendency to ‘build stories around a confrontation between protagonists and antagonists’ (Ricci 1993: 95). Issues such as garbage and sewage sludge only get coverage, despite their importance, when there is a fight over the siting of a landfill or incinerator and the coverage is then on the ‘anger and anguish of affected citizens, or the conflicting claims of corporate spokesmen, government regulators and environmental activists’ rather than the issues and technical background to them (Gersh 1992: 16).

The job of media is not to inform, but to misinform: Divert public attention from important issues and changes decided by the political and economic elites, by the technique of flood or continuous flood of distractions and insignificant information.

Journalists who have access to highly placed government and corporate sources have to keep them on their side by not reporting anything adverse about them or their organizations. Otherwise they risk losing them as sources of information. In return for this loyalty, their sources occasionally give them good stories, leaks and access to special interviews. Unofficial information, or leaks, give the impression of investigative journalism, but are often strategic manoeuvres on the part of those with position or power (Ricci 1993: 99). ‘It is a bitter irony of source journalism … that the most esteemed journalists are precisely the most servile. For it is by making themselves useful to the powerful that they gain access to the “best” sources’ (quoted in Lee and Solomon 1990: 18). 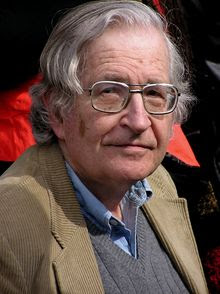 1. The strategy of distraction

The primary element of social control is the strategy of distraction which is to divert public attention from important issues and changes determined by the political and economic elites, by the technique of flood or flooding continuous distractions and insignificant information.

Distraction strategy is also essential to prevent the public interest in the essential knowledge in the area of the science, economics, psychology, neurobiology and cybernetics.

“Maintaining public attention diverted away from the real social problems, captivated by matters of no real importance. Keep the public busy, busy, busy, no time to think, back to farm and other animals” (quote from text Silent Weapons for Quiet Wars).

It creates a problem, a “situation” referred to cause some reaction in the audience, so this is the principal of the steps that you want to accept.

For example: let it unfold and intensify urban violence, or arrange for bloody attacks in order that the public is the applicant’s security laws and policies to the detriment of freedom.

Or create an economic crisis to accept as a necessary evil retreat of social rights and the dismantling of public services. 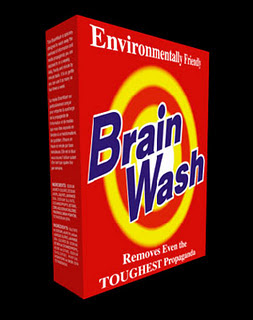 Acceptance to an unacceptable degree, just apply it gradually, dropper, for consecutive years.

That is how they radically new socioeconomic conditions (neoliberalism) were imposed during the 1980s and 1990s:

...so many changes that have brought about a revolution if they had been applied once.


4. The strategy of deferring

Another way to accept an unpopular decision is to present it as “painful and necessary”, gaining public acceptance, at the time for future application.

It is easier to accept that a future sacrifice of immediate slaughter.

• First, because the effort is not used immediately
• Then, because the public, masses, is always the tendency to expect naively that “everything will be better tomorrow” and that the sacrifice required may be avoided

This gives the public more time to get used to the idea of change and accept it with resignation when the time comes. 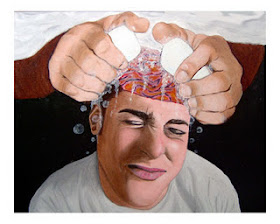 5. Go to the public as a little child

Most of the advertising to the general public uses speech, argument, people and particularly children’s intonation, often close to the weakness, as if the viewer were a little child or a mentally deficient.

The harder one tries to deceive the viewer look, the more it tends to adopt a tone infantilizing.

“If one goes to a person as if she had the age of 12 years or less, then, because of suggestion, she tends with a certain probability that a response or reaction also devoid of a critical sense as a person 12 years or younger.” (see Silent Weapons for Quiet Wars) 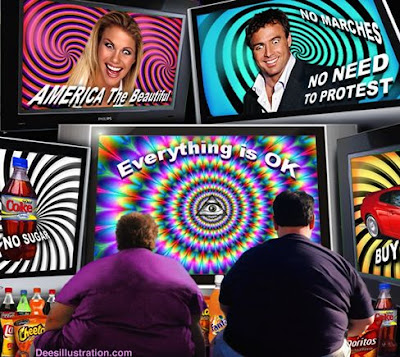 6. Use the emotional side more than the reflection

Making use of the emotional aspect is a classic technique for causing a short circuit on rational analysis, and finally to the critical sense of the individual.

Furthermore, the use of emotional register to open the door to the unconscious for implantation or grafting ideas , desires, fears and anxieties , compulsions, or induce behaviors …


7. Keep the public in ignorance and mediocrity

Making the public incapable of understanding the technologies and methods used to control and enslavement.

“The quality of education given to the lower social classes must be the poor and mediocre as possible so that the gap of ignorance it plans among the lower classes and upper classes is and remains impossible to attain for the lower classes.” (See Silent Weapons for Quiet Wars).

8. To encourage the public to be complacent with mediocrity

Promote the public to believe that the fact is fashionable to be stupid, vulgar and uneducated…

To let individual blame for their misfortune, because of the failure of their intelligence, their abilities, or their efforts.

So, instead of rebelling against the economic system, the individual auto-devaluate and guilt himself, which creates a depression, one of whose effects is to inhibit its action.

And, without action, there is no revolution! 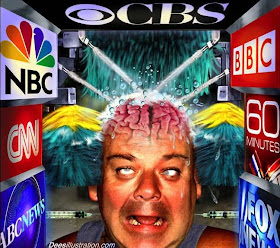 10. Getting to know the individuals better than they know themselves

Over the past 50 years, advances of accelerated science has generated a growing gap between public knowledge and those owned and operated by dominant elites.

Thanks to biology, neurobiology and applied psychology, the “system” has enjoyed a sophisticated understanding of human beings, both physically and psychologically.

The system has gotten better acquainted with the common man more than he knows himself.

This means that, in most cases, the system exerts greater control and great power over individuals, greater than that of individuals about themselves.

Silent Weapons for Quiet Wars. This document dated May 1979, was found on July 7, 1986 in an IBM copier bought at an auction of military equipment. Negligence or intentional leak, this text has been in possession of the secret services of the U.S. Navy. For safety reasons, the document does not include the signature of the organization where it came from. But information and dates clippings left believing that these Bilderberg Group, a " discussion club " that meets the extremely powerful worlds of finance, economics, politics, the armed forces and services secrets. Silent Weapons for Quiet Wars was published as an appendix to the book "Behold A Pale Horse" by William Cooper, Light Technology Publishing, 1991.